Hello my lovely fellow bookworms. Today’s book review is of an author whose work I enjoy but don’t get to read much. So this one was one happy big book read, almost 330 pages 🙂 Happy Reading and Discovering Clodagh Murphy’s work if she is a new to you author.

Story – For Love or Money

Lesley has always fancied herself as an amateur sleuth, a sort of modern day Miss Marple without the support stockings.

So when Al wants to hire her to investigate his elderly uncle’s young fiance, she jumps at the chance. It doesn’t hurt that the job will involve posing as Al’s girlfriend and joining his glitzy, star-studded family on holiday in Nice.

Stella still can’t quite believe she’s engaged to legendary actor Sir Peter Bradshaw. She accepted what she thought was a deathbed proposal. Now she has a living, breathing fiancé and a wedding to plan.

First, though, she has to get through a holiday in the South of France with Peter’s extended family, who all seem convinced she’s a gold-digger with her sights set on the family fortune.

As Lesley bonds with Stella over shopping trips and bottles of rosé, she thinks she has it all figured out. After all, it’s no great mystery why a young woman would marry a fabulously wealthy seventy-two-year-old with a heart condition, is it? It’s an old story.

And Al may be the nicest boyfriend she’s ever had (even if he is fake), but Lesley believes in instant attraction and there’s just no spark … no matter how fit he looks in his swimming trunks. So there’s no chance he’s going to grow on her.

But people have a way of surprising you, as she’s about to discover … 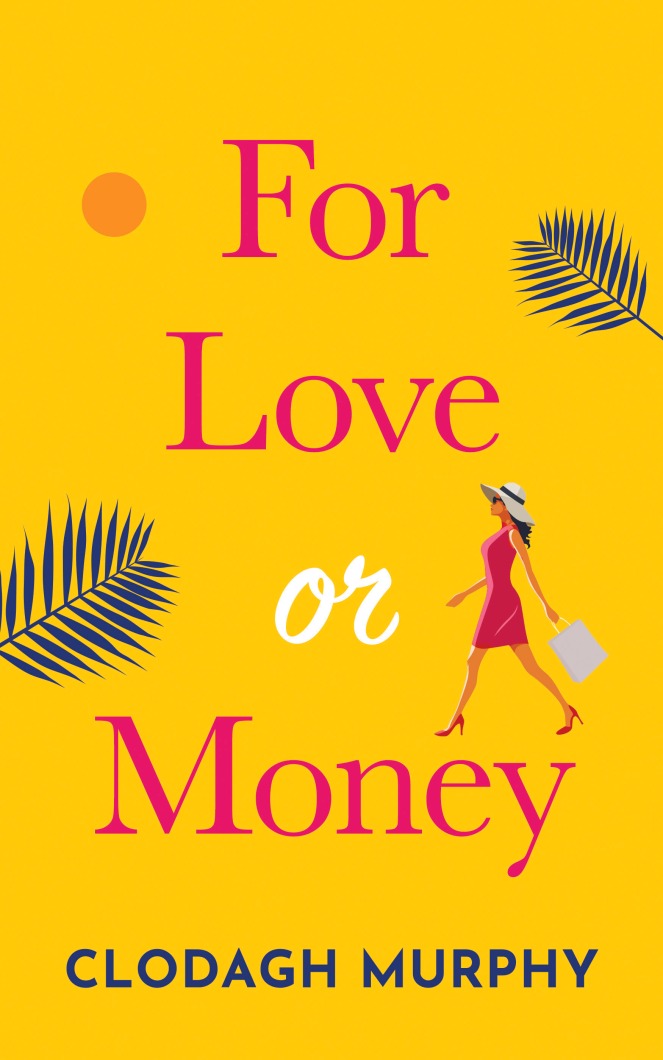 For Love or Money by Clodagh Murphy, is a romantic comedy, for sure but it is also relevant and portrays the changing scene of Love and Relationships in today’s times.

Al, belongs to a famous, Rich family who holiday in Nice, Cannes like it was just their backyard. He hires Lesley to act as his girlfriend while she spies on Stella, who is to marry Al’s uncle. Everyone assumes Stella is just another 26 year old gold digger,, after their famous, actor uncle Peter. While Lesley acts as Al’s girlfriend and Stella’s new BFF things look more real than the act everyone is putting up.

So, will Stella turn to be exactly like they think of her or she will surprise them. And will Al and Lesley move on from being pretend to real girlfriend boyfriend?

Our 2 leads in this story, Lesley and Stella show us how relationships can be simple even with complicated things involved in it. Overall I had fun reading this story. There were laughs, funny moments and the surprises were cleverly hidden in plain sight.

At one moment during the French holiday, I felt it is just some rich people drinking and sunbathing, generally lazing around. But then the secrets start coming around, goof ups happening and it all was surprisingly in good humour.

The covert spying under the guise of holidaying in scenic French locales was entertaining and light hearted.

I would definitely take this book on a holiday by the beach.

Clodagh Murphy lives in Dublin, Ireland and writes funny, sexy romantic comedies. She always dreamed of being a novelist, and after more jobs than she cares to (or can) remember, she now writes full-time. For more information about her books or to sign up to her newsletter, visit her website at http://clodaghmurphy.com/.